We are planning our next mission on September 4th over the labor day weekend. One of the main goals is to see if we can improve the quality of the video we capture.

Both Michael Gregg and Michael Wright are working on improving their equipment. We will add more details over the next 2 weeks.

Here is video is Wasctaken by MIchael and shows screen shots of what was received from Michael Gegg’s camera.

This is video Michael Captured from a 440Mhz camera mounted on Mark’s helmet.

We had 3 good jumps. We had quite the day. We arrived about 11AM. It took about an hour to get all the gear setup. It was hot, about 90.  I was definitely done when we left about 5PM.

As the crew gives me their videos and pictures, I’ll get them posted

The Crew for Mission 7 was:

The goal of the jump was to test Video. We had Michael Gregg’s gear. His 1.2Ghz crapped out the night before and he had to test his 2.4Ghz at the last minute. When we were setting up, the RCA connector failed and he had to solder it in the field. This was hooked into the computer to stream the video to the internet using Justin.tv.  We had power and antenna issues.  The RG-174 from the helmet to the antenna on  Mike’s leg was 6 ft.  So the 2W output was reduced to about 1/4W because of feedline loss.  Michael is going to work on moving the radio to his leg so the feedline is much shorter.  Also because of Michael’s changing body position during the decent, we had polarization issues.  With a 1/4W signal, that means we lost the signal often. When we did a get a signal it was snowy.

Michael Wright brought all his ATV gear.  It took a while to get things going. He strapped a 1/4W transmitter to Mark.  Unfortunately we never got much of a signal.  So for ATV, hopefully Michael Wright can address the power issue.  Otherwise maybe we will split the feed from Michael Gregg’s camera and send it over ATV and Justin.TV.

My data logger worked well.  But the xastir station hit a couple of snags.  First I had to raise the antenna and move it away from the building.  Plus I leaned the mast a bit into the wind and tied a 15lb weight to the tripod as ballast.  I build a PCV frame for the second mast.  That did not work.  I took the mast and lashed it to the structure.

I did capture data.  I  captured 200 data points for Mark both on the data logger  and xastir uploaded 200 data points to APRS-IS.  For Michael’s jump, there was an issue and only 70 data points were captured. The battery Michael used might not have had a full charge.

Rob as usual took some great video and took the time to do some editing of the 3 jumps.

Michael Geared up and was manifested too soon to get the APRS gear on him.  But we watched with baited breath to see if we had any video come though.  Mark did try to aim the antenna at Michael as he descended.  It helped a little.

Mark had both the ATV and APRS gear on him.  Mark made a few QSO’s with people from Livermore to Palo Alto. This is what 10,000ft of altitude does for a 5W FM signal.

Michael was able to jump with both his Video Gear and APRS on his second jump.  He got a good rise out of Rob when he announced he was manifested in 20 minutes. Rob had just sent Mark off on his jump.  Luckily the plane had to be refueled, so it bought another 20 minutes for Rob to get Michael ready.

We will have at least one more practice jump before Pacificon.

8-15-2011
So far, the results have not been great. We have tried multiple transmitters

Equipment
I had a FCC unlicenced 2.4 GHz transmitter on a helmet with a battery and a camera: 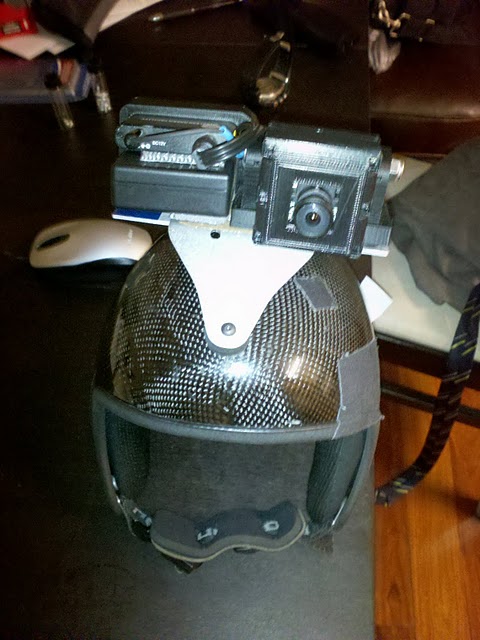 I was using a rubber duck, on the helmet, and on the ground.

This didn’t work very well. I got spotty video starting at 10k AGL: 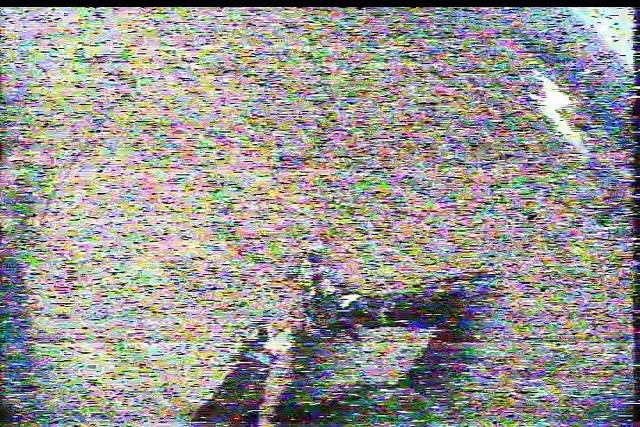 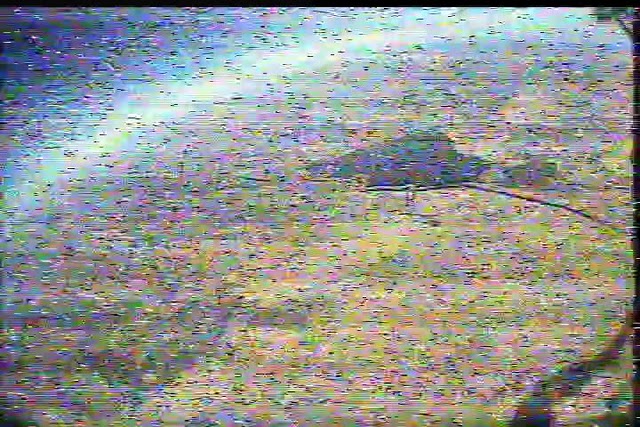 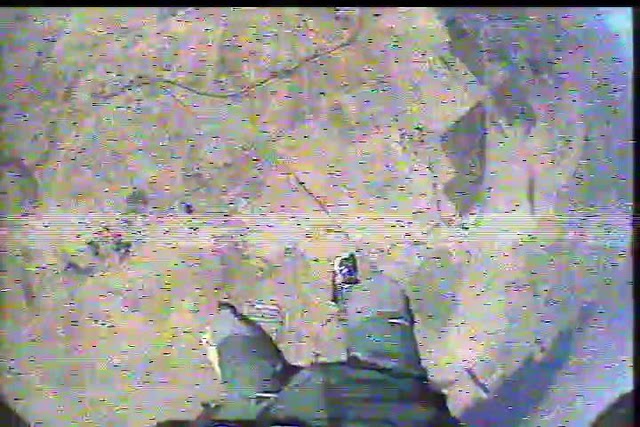 Finally, at 1k AGL, I was getting a high quality(well, as good as ntsc and a low quality board camera can do), steady video signal. 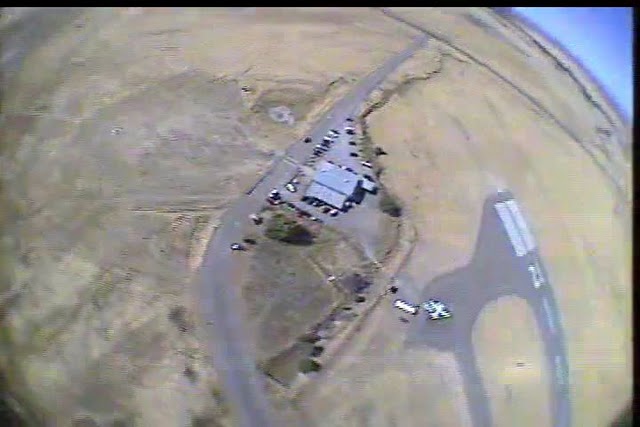 My next plan is to try out some patch antennas on the ground. I am suspecting that these will do a significantly better job as their gain is dramatically better.

I am hoping that the smaller green one is not just on a normal pcb, as patch antennas on normal fiberglass tend to be very lossy.

If it’s good enough, I may try out attaching the smaller antenna to the bottom of my feet.

Link to my parachute mobile gallery for reference.
https://picasaweb.google.com/mgregggphone/ParachuteMobile?authuser=0&authkey=Gv1sRgCMDEk-KjsOX4Fw&feat=directlink

It is a go.  Weather is supposed to be good tomorrow.

We will get there about 11AM.  First jumper should be up around noon.

Here are the details.

We will announce when the jumper are loading and about 20 later before they jump out of the plane, and when they safely land.

APRS ids are AF6IM and KF6WRW.  No SSID, i.e. no  dash number. Use aprs.fi or openaprs.net to follow the jumpers.

For data(KML), video and photos, check this site.

We will be trying video streaming over the internet for the first time.  Michael KF6WRW has setup a helmet cam that sends video to the ground over a 1.2Ghz radio.

This is the first time we are doing this, so expect bumps.

We are uploading the video live to Justin.TV. You will see what he sees. We will be experimenting, so be patient http://www.justin.tv/kf6wrw

Parchute Mobile Will be at Pacificon 2011

We are planning a jump during Pacificon 2011 on Saturday October 15, weather permitting. Rob put together a video with highlights from last year. This year we WILL record the video.

As usual, Rob great job on the video. Love the outtakes.

Michael Gregg, KF6WRW, is building a custom camera mount for his helmet.  He put it on Thingaverse.

Sunday was a Very Good Day

SUCCESS! The  data logger works!  And using just a vertical and I heard plenty.

The first run we had multiple issues.  One was the antenna on the radio as a stubby.  I swapped it for a full sized whip.  Also I was running the radio at 2.5watts instead of 5watts.  Plus the GPS was not facing up.  So, that was all changed and on the second run we captured the data you see above.

Michael made a third jump and I swapped from a basic 1/4 wave mag mount to a full size j-pole.  I think I heard even more data.

Third jump of the day.

This one is a harder to see.  Click to see the full sized image.

I never did try the different antenna configurations.  Using a vertical just worked.

If someone can tell me how to create a URL to invoke google earth on the KML files I’ll change this post.